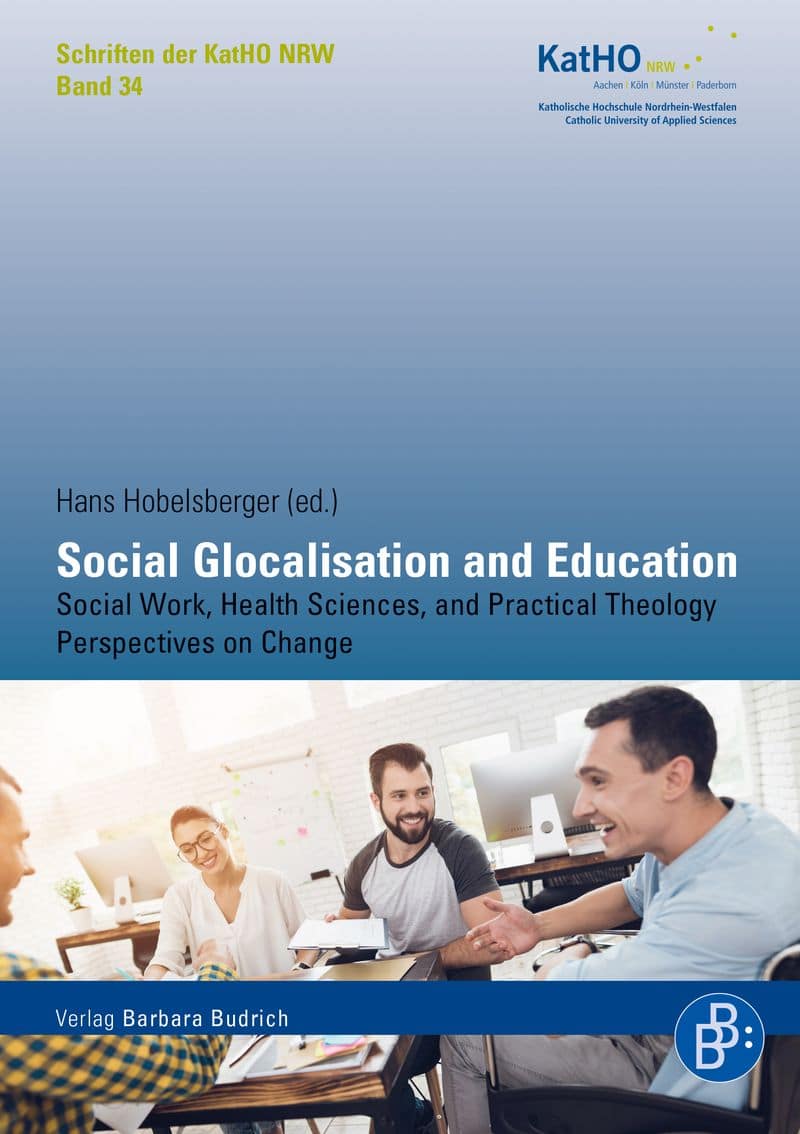 In this book is discussed the local effects of globalisation, especially in the context of social work, health and practical theology, as well as the challenges of higher education in a troubled world. The more globalised the world becomes, the more important local identities are. The global becomes effective in the local sphere. This phenomenon, called ‘glocalisation’ since the 1990s, poses many challenges to people and to the social structures in which they operate.

All of us, I expect, agree that education, knowledge and science are goods that have a special role to play in a globalised world.  Because knowledge und science are the preconditions to make a common interpretation of the world and a common communication about the the natural and human processes in it possible. A reliable common interpretation of the world is on the one hand a prerequisite, but on the other hand also an effect of globalization. It is a precondition for global communication, the globalization of technology, economy and politics. Therefore, a functioning world society will not only be a global economic community, it must be a global knowledge society, a community of understanding.

The precondition for this is to have a common setting of knowledge resources. Therefore, it is very important to deal with the idea of science and its function in a globalized world. Universities as places of science play a decisive role in this setting. Science in the strict or ideal sense is universal and claims reliability for everyone. Scientific knowledge is independent of time and space. It is global in the best sense, never local, we think. And the question arises: Can the concept of glocalization even be applied to the idea of science? My answer will be: Yes! Because the dialectic of global and local aspects plays a decisive role for the function of scientific knowledge and science.

In the following, I will briefly address the concept of glocalization in a first approach (1.) explaining the ordinary understanding of glocalization to find for first starting points to what extent one can speak of a glocalization of knowledge and science.

In a second section (2.) I dedicate myself to the phenomenon of the natural globalization of general knowledge based on experience. The dynamic of the globalization of general experiential knowledge can be described as a non-linear process for which global and local, intrinsic, and extrinsic factors play a significant role and allow today to speak of a “knowledge society” that is more and more not only a national but also a global one. Therefore, we can speak of a future “global knowledge society”

Thirdly, we must distinguish between the natural globalisation of experiential knowledge and the globalisation of scientific knowledge or science (3.) Knowledge as scientific knowledge or science can be seen as a shortening of the complex process of normally slow globalization of experiential knowledge. Science is the institutionalized form of the natural process of knowledge globalization. This has advantages and disadvantages. The most important disadvantage is that scientific knowledge as a result is always abstract, global, homogeneous in its claims, but not concrete or local, and therefore not heterogeneous. Therefore, science must first artificially produce and simulate the natural dialectic of global and local. It must make the local to an object of reflection to produce and generate knowledge which has a local impact.

The academic place of this artificial generation of the dialectic of global and local are the higher education institutions and universities.

In conclusion, I would like to show which tasks and challenges science and universities they must fulfil so that we can speak of them as places of glocalization of knowledge. I do this in form of 7 short theses which intend to be self-evident as result – I hope – of my speech.